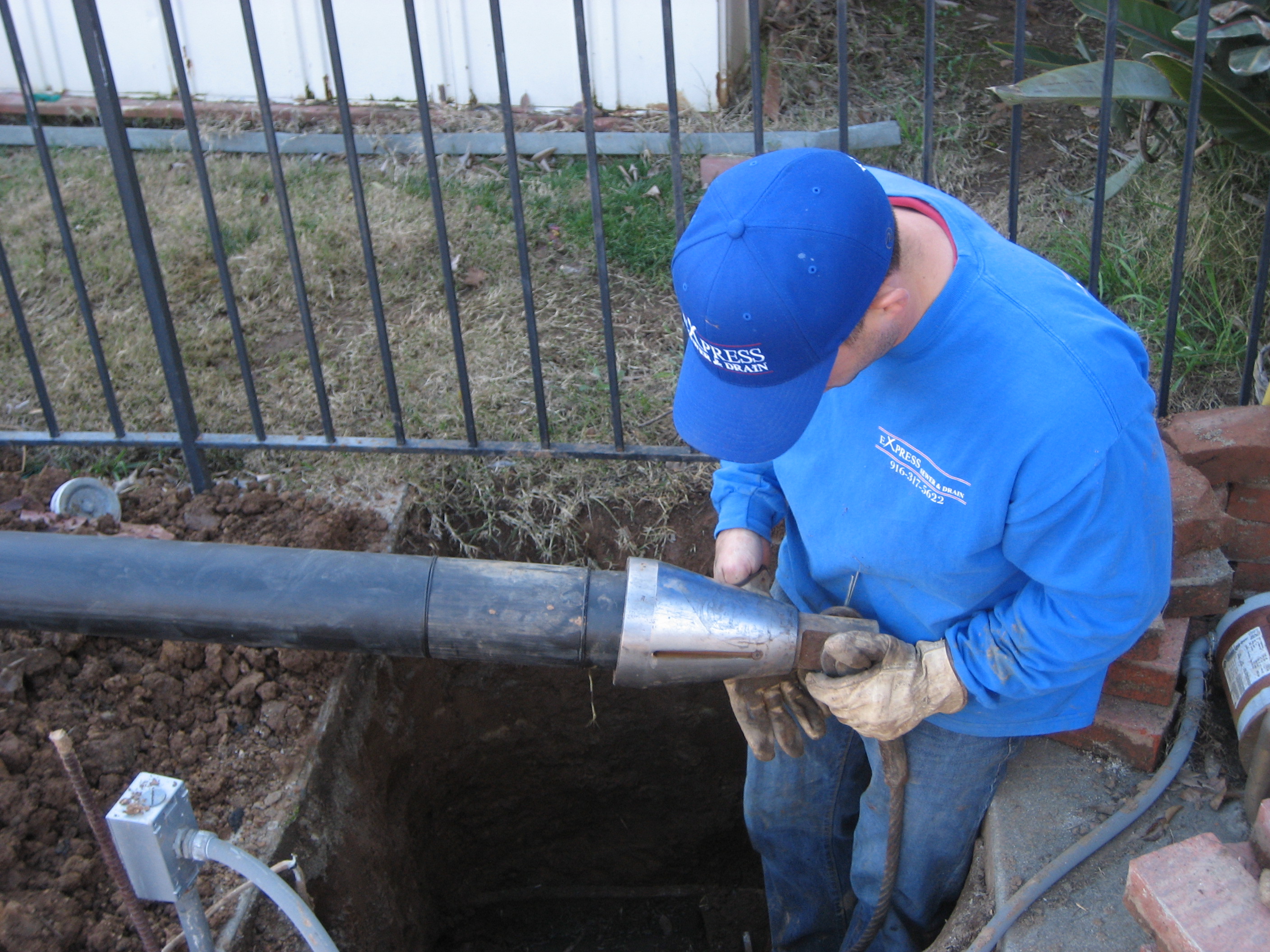 Purposefully burst a pipe? Why in the world would you do that? Well, for those not familiar with different plumbing procedures, it's easy to see why you might take this view. As strange as it sounds, though, bursting pipes is actually a very effective method for repairing them. Basically, pipe bursting is a procedure of pipe repair, that doesn't involve digging trenches. Just as its name suggests, the repairer of the pipe intentionally breaks the existing pipe using mechanically applied force. The resulting pipe fragments are forced into the ground, and a new pipe is then pulled in to replace the original one.

As you might imagine, there are quite a few benefits to employing this particular method when repairing a pipe. Before we get into the benefits, we'd like to briefly go over the specifics of the procedure with you.

Like we just mentioned, the old pipe is broken, and the new pipe is then pulled in to place. How it works is that the rear end of the bursting head is attached to the new pipe, and then front is attached to a pull rod. The new pipe and bursting head are "launched," and the pull rod is pulled from the receiving pit. The force that launches the bursting tool to break the old pipe comes from the pulling rod or hydraulic power (depending on the system being employed). This force breaks the pipe, temporarily expanding its diameter. The bursting head is then pulled through the pipe debris, creating a temporary cavity, and pulling behind it the new pipe from the insertion pit.

The nose portion of the bursting head is usually smaller in diameter than the existing pipe. This is to maintain alignment and to make sure that the "burst" is uniform. Likewise the bottom of the bursting head is bigger than the inside diameter of the existing pipe, so that it may be properly broken. It's also a bit bigger than the outside diameter of the new pipe, in order to lessen the amount of friction on the new pipe, and to provide space for situating the pipe.

How long has this innovative process been going on? Since the 70's, first developed it in the UK, D.J. Ryan & Sons replacemented of a small-diameter 3 and 4-inch cast iron gas mains. It was later patented in the UK in 1981, and then in the US in 1986. Due to the enormous benefits this method has offered, it has seen an explosion over the last 30 years - adopted by North American gas, water, and sewer industries.

With no digging involved, it's less labor intensive - nobody needs to operate large machinery to dig up a bunch of soil. Likewise, contractors aren't going to be breaking their backs shoveling dirt, either.

Less Damage To The Site

Pipe bursting also causes less damage to the area in which you're working; so there's less clean up and less repair necessary, subsequent to fixing the pipe. To this same point, we'd also like to add that pipe bursting is also "greener" than other more conventional methods of pipe repair. Handling toxic substances during the process of excavation can be pretty common, and since there's no digging involved, it doesn't give these substances any time to enter into the water supply or anywhere else on up on land, for that matter.

Somewhat related to some of the points just previously referenced, pipe bursting will save you tons of money, in the end. Think about it: you're going to need a handful of workers to dig the hole (either that, or you'll need a large machine to help you take care of it). After you're done with the job, you're then going to need to clean everything up, right? This requires shelling out more dough. Between landscapers, new soil, new grass, new plants, new flowers, etc., etc., etc., you can see how quickly this process can empty your pockets. When you opt for the pipe bursting method though, you only need a few workers to complete the job; the site upon which you're working will most certainly still be left in tact.

Let's face it, excavations aren't really all that safe. Mold and asbestos are unhealthy elements that often make their home underground, and when you dig them up, you obviously open yourself up to a whole host of health risks. So, if the ground is never dug up (like in the case of pipe bursting), you don't put yourself in harm's way.

Because you're not spending so much time digging, and so much time cleaning up your mess, you can spend more time doing the actual job that needs to be done - doing it more accurately and effectively. With pipe bursting methods you can repair up to 200m of pipe a day, depending of course, on the job.

Increase The Flow Capacity Of The Pipe

We've been talking a lot about how pipe bursting is better for the environment, that it's safer, less costly, etc., but we haven't really mentioned the benefits to the function of the pipe itself. Well, pipe bursting definitely increases the flow capacity of the pipe by installing the same size pipe or a larger one.

It's a geological fact that trenches often subside - this is the case even with some of the very best excavation jobs. When trenches settle, pavement does too, which can be unsightly as well as inconvenient to walk on. Many excavation projects allow for pavement settlement over a period of time, before the final paving, but this additional step in a project definitely increases the overall bill. And, even when corrected, it simply becomes more costly. Trench settlement nearby utilities can be negatively effected, as surrounding soils shift with the subsiding trench.

Aside from all of the other benefits of pipe bursting, there's one more, more ideological benefit of the procedure, and that's that it encourages innovations in engineering. Companies and clients, who take part in the latest forms of technology to complete a particular task, are actually paving the way for further innovation. As different companies continue to employ pipe-bursting procedures, they'll soon discover ways to improve upon the procedure. And, in time, the procedure might morph into a whole other procedure, that's even better. This is how technological progress takes place, and it certain won't, if people continue to dig ditches to solve the problem, when more advanced methods may be utilized.

How to Estimate the Cost of Pipe Bursting in Sacramento