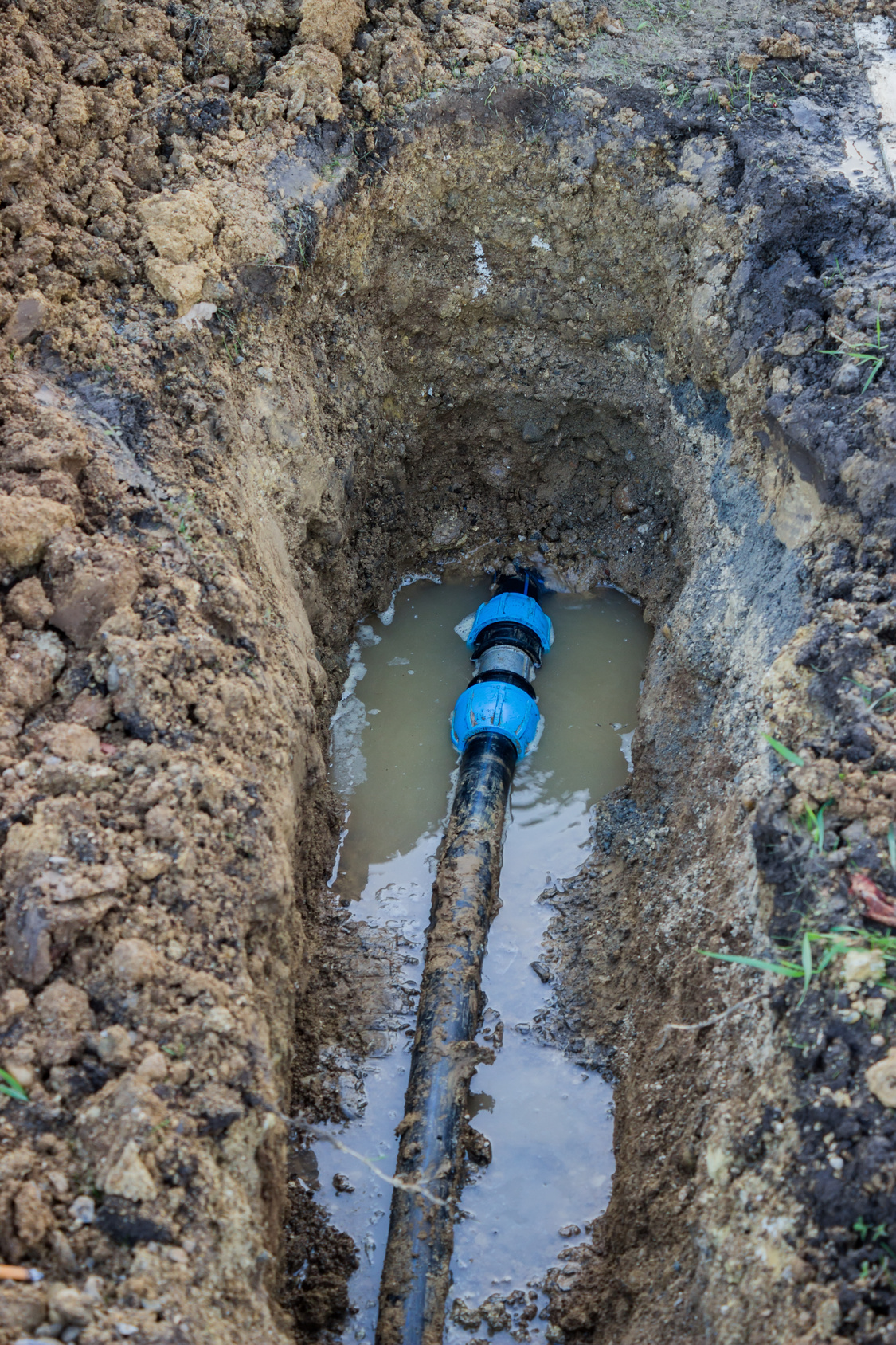 Irrigation systems in Sacramento, whether for a lawn or for a large agricultural product field, are a critical part of keeping your plants healthy.

For those of you who are farmers, having a well-designed irrigation system is a vital part of maintaining your livelihood. Without a reliable source of contaminant-free water, crops die. Even with farmer's insurance and other such programs, a farm cannot operate without healthy crops for long.

This is why it is vital to keep your irrigation system operating at peak efficiency whenever possible. Any time that the irrigation pipes supplying your crops are compromised, your crops are placed at risk, which is an unacceptable situation for any agricultural expert. You take pride in raising your crop from the soil of the earth, caring for it for months before the time comes to harvest.

A crop is more than just a simple investment or business asset; it is your life, your livelihood, your passion. So, when your irrigation pipe suffers from a problem, it is important to get that problem identified and fixed as soon as possible before damage to your crop can occur.

Even for non-farmers, irrigation pipe health is crucial to maintaining a healthy yard that you can be proud of.

With that in mind, what are some of the most common issues with irrigation pipe in Sacramento?

Sometimes, debris can make its way into the pipe and collect along the sides of the pipe wall, making the pipe more narrow and restricting the flow of water. Over time, this buildup can become worse, becoming a complete clog.

If outside contaminants are working their way into your irrigation pipe, it is important to trace their point of origin.

Possible Causes of a Clog:

Greywater- Some private lawn irrigation systems may be using "greywater," or water that is recycled from the home's sink or bathtub lines, to reduce their overall water use (generally speaking, greywater is unfit for crop irrigation because of potential bacterial contaminants). The problem with greywater is that it will often have plant or animal matter within it that can create a blockage.

The best way to control the risk of this happening with your home's greywater irrigation system is to exercise caution with what makes it down your home's drains. Avoid putting excessive amounts of food down the disposal, and use hair traps in the shower to catch hair before it goes into the pipe. This will minimize the amount of solid matter that makes it into your greywater irrigation system, reducing the occurrence of clogs.

One effective way to clear such a clog when it happens is to use a hydro-jetting process to clean the inside of the pipe itself. Hydro-jetting clears the buildup causing the clog from the inside of the pipe entirely, ensuring a smooth flow afterwards. This method of clearing a clog is typically much more effective than the random gyrations of a standard pipe snake at completely clearing all of the buildup in the pipe.

Root Infiltration- Underground pipes are often a matter of "out of sight, out of mind," causing many to forget about the placement of the pipe until something goes horribly awry. The general assumption is that since the pipe is underground, it is protected from any and all forms of harm. Unfortunately, this is not the case.

Any pipe that runs too closely to a plant with a large, extensive root system (such as a tree) is at risk of being crushed or torn open by the roots of that plant as they grow. The process is slow, and can take months or even years to progress to the point where an intrusion becomes severe enough to crack, crush, or otherwise ruin a pipe.

For typical root intrusions, you can use a Cured-in-Place-Pipe repair method to restore the integrity of the pipe from the inside, without having to dig up the line.

There are many reasons why a pipe might rupture or burst in Sacramento, here is a list of the most common culprits, and how to fix them.

Many California residents are all-too-familiar with one of the state's most memorable features: the San Andreas fault. From time to time, the tectonic plates of the Earth shift position ever so slightly, and this results in vibrations in the ground. In fact, the San Andreas fault moves about two inches each year, according to the U.S. Geological Survey.

While two inches may not sound like much, that is an awful lot of earth that is moving all at once, and this movement triggers thousands of earthquakes in California every year. Thankfully, most of these quakes are too minute to be felt by humans. However, the soil in California is shifting during these events, causing stress on any and all underground objects, such as irrigation pipe.

During a severe event, even the best pipe can become cracked or torn. So, after any sizeable seismic event, it is important to inspect your irrigation system and check to see if it is still flowing properly.

Aside from natural phenomena, there are other factors that can cause soil to shift and damage your pipes. If you use heavy earthmoving equipment on your property at any time, it is important to be careful with where such equipment is deployed. Having a multi-ton tractor or dozer run over the soft soil on or near your underground pipes can crush the underground utility just as surely as major quake.

Because of the potential crushing issue caused by shifting soil, many people choose to install flexible pipe materials that can endure limited amounts of shifting. Unfortunately, some of the more flexible materials are susceptible to:

Sometimes, subsurface-dwelling rodents might burrow right through a soft underground pipe (or even mistake the pipe for an edible underground root). A determined gopher or rat can tear right through PEX or other soft piping in a matter of minutes.

The best way to prevent animals from damaging your pipes and your crops is to take preventative measures to ensure that such critters are kept off of your property. The Humane Society recommends that you dig a fence around the area that is about a foot deep to prevent intrusion by burrowing animals. By installing fences that go underground, you can protect your crops and pipes from burrowing animals effectively and humanely.

While an ounce of prevention may be worth a pound of cure, sometimes breaks, tears, and blockages occur despite your best efforts.

When these problems happen, you can rely on trenchless technologies such as hydro-jetting and CIPP relining to quickly and effectively reinstate your irrigation pipe without causing too much disturbance to your crop's soil.

If you would like more information about common pipe problems, and their solutions, contact Express Sewer & Drain today to learn more about how to protect your pipes from damage, or about how you can fix those pipes quickly and effectively.

6 Questions to Ask a Commercial Plumber Before Work Begins