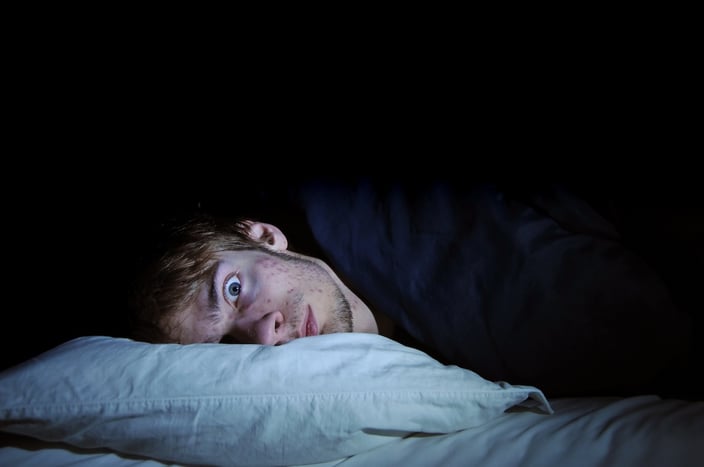 Few things are more disconcerting than strange noises coming from the walls of your house in the middle of the night. While loud, repeated banging is probably the most common example, it’s far from the only disturbance you might hear.

The good news is your house (probably) isn’t haunted.

The bad news is you’ve got a plumbing problem.

A banging sound coming from the water pipes could be caused by a variety of problems, some of which are more serious than others. Here are a few of the most common reasons why your pipes are making such a racket.

People don’t often give much thought to the physics of water pressure, but a typical residential home pushes water through the pipes at 45-80 psi (pounds per square inch). Municipal water suppliers sometimes deliver water at higher pressures to serve fire hydrants or high-rise buildings, driving residential pressure well over 100 psi. The energy created by this pressure puts tremendous strain on pipes, sometimes causing them to vibrate or shake.

When pipes are installed, they’re typically attached to a structural beam by metal straps or brackets. Over time, high water pressure can cause enough movement in the pipes for them to pull free and rattle against the loose restraints and the structure. This motion creates a repetitive banging sound and can cause serious damage to the pipe if it’s left unsecured.

If the sound you’re hearing is more of a rattling than a banging, chances are something has broken loose somewhere in the line and is bouncing around the interior of the pipes. Since water flow may be blocked, this problem is usually accompanied by a drop in water pressure.

Faucet taps and valves are the most common culprits here. Unless the broken material has made its way deeper into the plumbing, the problem can usually be resolved by opening up the damaged tap or valve and cleaning out the debris.

Another common problem, water hammer is a caused when water flowing through a pipe at high pressure is suddenly stopped by a closed valve. The energy created by the moving water has to go somewhere, so it bounces off the valve, which creates an air pocket that’s rapidly filled. This motion creates a loud banging noise.

Homes built before the 1960s incorporated special air chambers in the plumbing system that served as shock absorbers. This allows pressurized water to flow into them and bleed off force rather than slamming into the valves, which can eventually cause damage to pipes and connections. Over time, however, these chambers can fill with water and become ineffective, which is why water hammer frequently occurs in older homes.

Most modern homes incorporate spring-loaded shock absorbers called water hammer arrestors to divert the force of the water whenever a valve is closed. Since they don’t fill with water, they never become waterlogged like air chambers and can last for much longer.

Water hammer can cause significant damage to a home’s plumbing if the air chambers or arrestors fail. In either case, you should contact an experienced plumbing contractor to locate and replace the failed devices.

My Pipes Aren’t Banging, But…

Residential plumbing can make all sorts of strange sounds. While it’s not always possible to diagnose what’s gone wrong by the noise, some sounds are associated with very specific problems.

No matter what kind of strange noises are coming from your plumbing, chances are it’s something an experienced plumbing contractor has heard before and knows how to fix. If your pipes are going bump in the night, be sure to call a plumber before you start looking for an exorcist.

New Laws Have Homeowners Concerned About Lead Piping in California