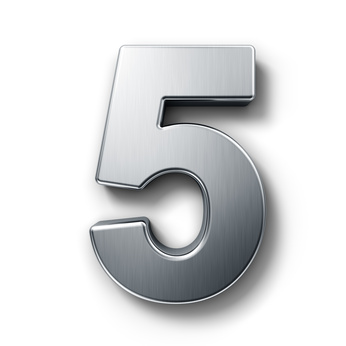 This holiday season you’re probably going to be doing a lot of cooking. We know that all of your uncles, aunts, nephews, kids, brothers, sisters, and in-laws eat a lot. We’ve done our fair share of it ourselves. However, there’s something you might want to know: there are things that your poor garbage disposal cannot handle. We know it might seem obvious, but it’s generally a good idea to follow along with some general rules so that you can get rid of the smelly stuff when you have to.

The first item on the list is fibrous foods. Most people don’t think of this when they’re disposing of things in their garbage disposal—most assume it’s for all foods. Well, don’t do it. Foods like carrots, celery, or onion skins have small, hard to grind fibers in them that can get caught up in the blades and clog up your garbage disposal. It’s not a good idea, and it’ll clog it up very easily. While the fibrous foods won’t specifically do damage to the blades, a clog can burn out your motor and create an expense you don’t need, especially since Santa’s breaking your wallet.

Another thing that shouldn’t go into the garbage disposal is hard food, as well as bones and other firmer materials. While the garbage disposal might look like an industrial blender (and, for all practical intents and purposes, it does the same thing), the same rules apply to both appliances. Foods that are too hard can dull or break your blades, which means that all that waste you have won’t go down the drain. If the hard food is big enough, it can stop up the disposal and burn out your motor—and, just as before, that’s super costly!

While you might be tempted to throw Aunt Sally’s world-famous bacon-grease-filled cornbread down the drain after eating some, we’d advise that you don’t. While the blades will tear through greasy food, it won’t be so effective afterwards because the grease will coat the blades and make them less efficient at grinding up and disposing of your foods. While this in itself isn’t that much of an issue (dish soap will cure the problem), remember that if you have a lot to grind and the blades aren’t clean, you could clog up the disposal (which makes more work for you).

This one’s a bit of an urban legend. It’s said that egg shells are great for your garbage disposal because they grind into a very fine abrasive powder that scrapes food products out of the disposal. This simply isn’t true. Egg shells do grind into a fine powder, certainly, but the only thing they do is get into other foods and things stuck in the drain and thicken them up. They might not clog the disposal itself, but if there’s anything else in there that could clog it up, it’ll make it easier for it to do so. Don’t put egg shells in there, no matter what Aunt Sally says.

Stuffing is extremely popular this season (and with good reason), but be cautious. It expands during the cooking process, and it can also expand after the fact in the garbage disposal (which can lead to problems for you). The problem is that when it expands, it can expand to the point where it could stop up the blades or otherwise clog your pipes thanks to the water inflating them. The same goes for pasta and other foods that get bigger as you cook them. Don’t do this either.

It might seem like a no-brainer, but non-food doesn’t belong in the garbage disposal. Not only is it not good for your septic system (as non-food items generally don’t decompose), but they often have all the qualities that we’ve mentioned before that clog up the garbage disposal or even break them. No paper or plastic or anything that you couldn’t eat, really. The same goes for the twine you cook your turkey with. Just don’t do it, or you’ll have a costly repair bill.

However, accidents can happen. If something like this occurs to you, call a professional and we’ll get your garbage disposal fixed. There’s a lot of conflicting information out there regarding plumbing, but we know what the real story is and we can get you fixed up quickly and efficiently.

5 Reasons Your Dishwasher May Be Clogged & How To Fix It