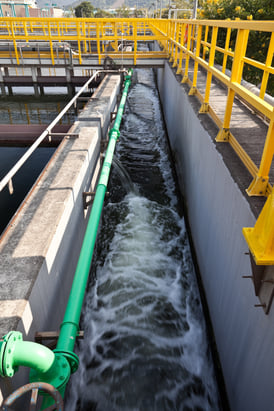 The drought in California has pushed many local Sacramento residents and businesses to adopt water conservation efforts in and around their properties. Everyone is saving as much as they can, wherever they can; while this is great for lowering overall consumption during the drought, it also comes with some plumbing side effects few could have seen coming.

With less water consumption comes less water flow in Sacramento drain pipes - lower flow, then, results in increased waste and physical materials inside sewer systems, as there is less water to recycle and push waste through the systems. Left unattended, these materials can do significant damage to pipes from within. As the Los Angeles Times states in their recent article on the consequences of statewide conservation:

“Shorter showers, more efficient toilets and other reductions in indoor water usage have meant less wastewater flowing through sewer pipes, [California] sanitation officials say. With less flow to flush the solids down the system, those solids are collecting and can eventually damage pipes.”

Conserving water during the drought is critical; however, those in the most affected drought areas should also be aware of the unintended side effects of water conservation. In the next few paragraphs, we discuss the various ways that widespread water conservation is actually affecting plumbing systems throughout California.

As home and business owners throughout California use various methods to cut water consumption both in and out of their properties, less water is then available to cycle through sewer systems. Lower sewer flow then makes it difficult for waste materials, oils water and other contaminants to cycle through. Best case scenario, this can result in minor sewer buildup or blockage; worst case, it can cause severe clogging, corrosion and pipe breakage at weak joints.

Decreased water flow due to conservation is a particularly troubling problem in Sacramento, where the municipal sewer system is relatively flat compared to other cities in the state. With a flat sewer system, it is already difficult for water and materials to flow at a normal rate; when this rate is lowered, and gravity cannot help waste and waste water along, there is little to push solid materials along.

The people of Sacramento, in this case, are stuck between a rock and a hard place: water has to be conserved in light of the unrelenting drought, and doing so creates hazards for the entire city sewer system.

Dealing With the Issues

One way Sacramento residents can help reduce the likelihood of sewer clogging during low water flow periods is by changing the way they use their plumbing systems - overall reducing the amount of non-fluid materials that enter sewer systems.

This includes knowing what kinds of things you should not flush or dispose of through the sink, such as:

Beyond better flushing practices, also steer clear from using chemicals or commercial drain cleaning products, as these products can eat away at sewer pipes from within, causing extra difficulties for pipes with low-flow or stagnant water.

Residents and businesses throughout California, and in Sacramento specifically, can - and should - still practice water conservation efforts to curb the effects of the drought. However, all should also be conscious of the local sewer system, and learn what they can do to take preserve it.