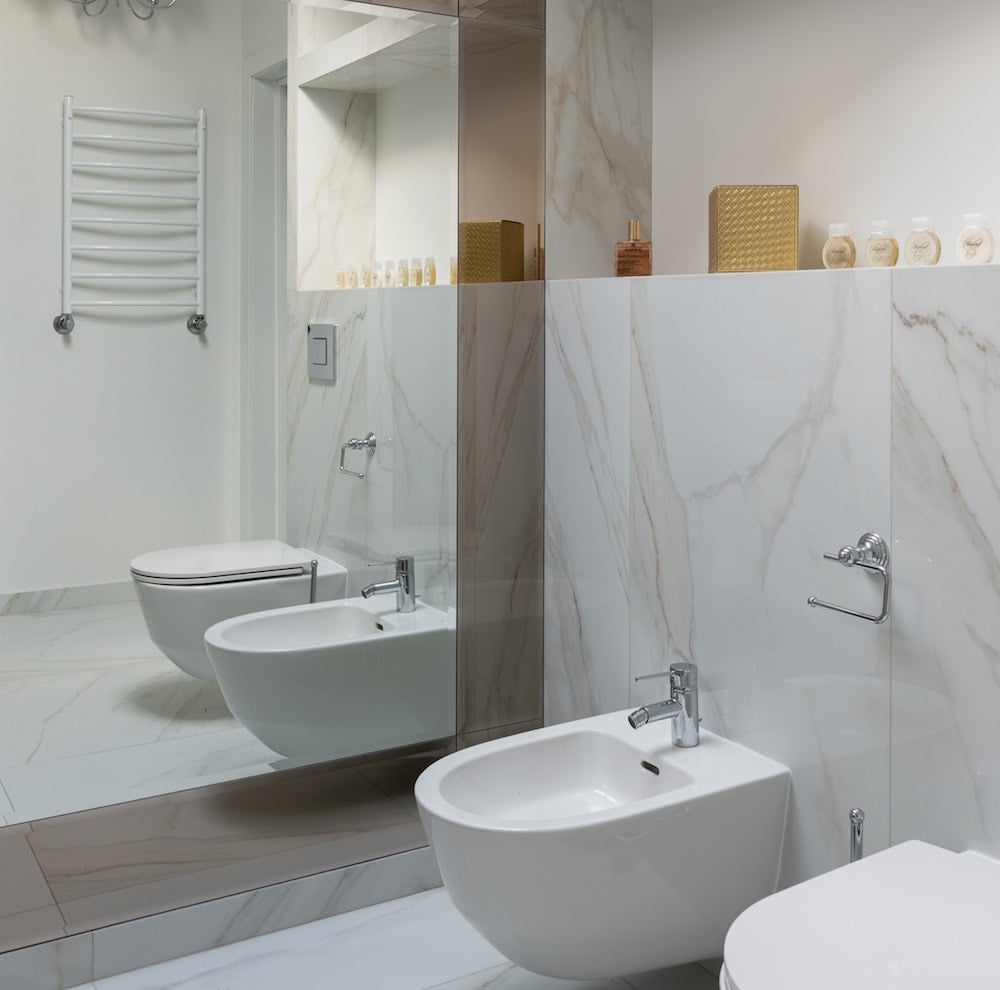 The bidet has been around for centuries, but it’s never quite taken off in American households. However, that may be changing (even though it took a pandemic to do it). So, let’s take a look at bidet history, why it’s growing in popularity across the United States, and how it stacks up against good ol’ TP.

History of the Bidet

Bidets were invented in France in the 1600s to promote better hygiene. It was nothing more than a bowl that sat beside the chamber pot. After relieving themselves in the pot, an individual would move to the bidet to clean themselves further. The name bidet comes from an old French word for “pony” due to the straddling position one would take when using it.

Today, the bidet is a low-mounted version of a sink or plumbing fixture that has become an integral part of the modern European bathroom (in some countries, it is required by law to be next to the toilet for sanitation purposes). The bidet uses a stream of water to perform a similar function to toilet paper, and there are generally three types:

While using a bidet may seem daunting to first-timers, it’s actually quite easy, and most have temperature control and pressure control for added personal comfort. Read more about how to use a bidet here.

Why Don’t Most Americans Use Bidets?

With the arrival of indoor plumbing, homes across Europe and other parts of the world quickly adopted the bidet. However, the United States has struggled to accept the bidet and it’s not because of a love affair with toilet paper, but because of what bidets were once associated with.

During World War II, American soldiers first started spotting bidets in European brothels, and stories about them traveled home. This false association made bidets seem quite the opposite of sanitary, and as such, the United States remained largely bidet-free.

Bidet Usage in the United States (and COVID’s Impact)

During the height of the COVID pandemic in 2020, the lack of toilet paper and the resulting anxiety from the shortage created a spike in bidet purchases across the United States. Despite this surge, bidet adoption remains relatively low. In a study on U.S. bidet use, Bespoke Surgical surveyed 3,600 American adults to gauge current public opinion on the fixtures. Overall, just over 12% of Americans currently have access to a bidet. But, were they likely to purchase a bidet in the future? The survey found that the vast majority of Americans reported being willing to purchase a bidet at some point, with only 11% of respondents saying they were unlikely to purchase one.

Why would Americans consider a bidet? There were a variety of reasons:

The survey also revealed that the most important factors when purchasing a bidet would be ease of installation, good reviews, design, environmental friendliness, and price. The most important features people said they would be looking for, in order of importance, would be a self-cleaning nozzle, adjustable water temperature, adjustable water pressure, heated seating, and knob design.

Can a bidet really help the environment? Yes! According to Yuzu Magazine, bidets result in a 75% reduction in toilet paper use, significantly reducing the stress on sewer treatment plants by reducing the amount of solid waste. After all, the only thing you flush with a bidet is more water. And this bidet water usage can go on to be reused after being treated.

Some may argue that there is now recycled toilet paper. However, the New York Times states that only 2% of the toilet paper we use is made from 100% recycled content. So why isn’t recycled paper more popular? The reason is softness. The plush toilet paper Americans have become accustomed to can only come from virgin pulp, and most of us aren’t willing to give up that softness.

Bidets remain far from an essential bathroom feature in American homes despite their potential health, environmental, and cost benefits. However, the tide may be changing. Whether you’re using a bidet, considering one, or have plumbing problems with your bidet or your traditional toilet, Express Sewer & Drain in Sacramento is here for you. We’re always standing by to handle your residential or commercial plumbing emergencies or for routine plumbing maintenance.