If you’ve ever been unlucky enough to have your yard or driveway torn up for sewer line replacement or repair, you know just how messy and costly this can be—not to mention what a nuisance it is. Thankfully, trenchless technology—now the industry-preferred method—allows jobs both big and small to be done without having to dig trenches and cause major disruption. While it’s making life easier for homeowners, it’s also changing the way major citywide projects ares completed.

Here’s five stories from around the globe that demonstrate how trenchless technology is changing the game—helping save money, time, and even the environment. 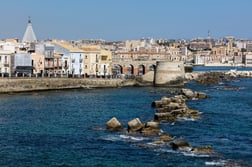 You wouldn’t think a water main built in the 1980s would need rehabilitation just 20-some years later. But this situation was unique; seismic activity in 2003 caused slow landslide movements, leading to repeated damage to pipes. The result? Frequent service interruptions. The sections needing repair were pinpointed via GeoRadar detection, and work began utilizing trenchless technology. Today, the Nuovo Scillato water main is now back in operation, and the entire project was completed in under 2 months. “This is one of the most important rehabilitation projects ever performed with trenchless technology in Italy,” said a project rep. 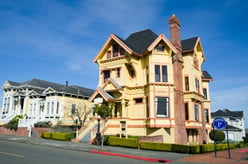 Another city a little closer to home was looking to replace a 107-year old sanitary sewer main. The K Street Emergency Sanitary Sewer Main Rehabilitation Project, right here in the Golden State, involved replacing 600 lineal feet of sanitary sewer main. Located near Humboldt Bay, any misstep could result in a large sewer spill near the bay, causing environmental damage and exposing the city to serious fines. To minimize surface disruptions, project leads decided on trenchless pipe bursting. Trenchless pipe bursting involves feeding a device into a failing pipeline which fragments the damaged pipe and immediately lays down new piping in its place, leaving only perfect, clean-running lines behind. The project went off without a hitch, and took just about one month from start to finish. 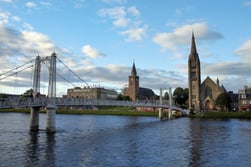 Beneath a busy city street in Inverness, Scotland, lay sewers in desperate need of some rehabilitation. Because it was a high-traffic area, trenchless was deemed the only acceptable method; intrusive excavations would mean long delays for traffic, and this was not an option—especially during tourist season. The Scottish Water project team got to work, closing roads every night from 7:30 pm to 7:00 am so that it could be open to businesspeople, local residents, and tourists all day long. The entire project took just two weeks to complete, and kept all involved and affected satisfied by minimizing disruption to their daily lives. 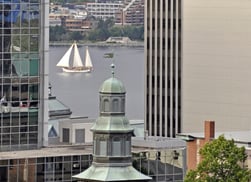 The good news: Halifax Water’s 2017 sewer system repair initiative, Underground Overhaul—designed to stop sewage leakage into Halifax Harbor—learned it was eligible for the Clean Water and Wastewater Fund Program, which would foot 75 percent of the bill. The bad news: to receive the funding, the project would need to be completed by March 2018. Because the sewers ran close to shore and mostly through the yards of multi-million dollar residences, project leaders knew trenchless technology was the way to go. Facing many hurdles, and even bringing in special crews from the United States to help, Halifax Water was determined to meet the challenge. And meet it they did: the last section of liner was installed December 4, and the system was operational the next day—nearly a full 3 months before deadline. 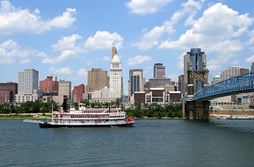 With an aging underground sewer infrastructure built in the late 1800s and early 1900s—one that was prone to backing up into buildings and overflowing into nearby Duck Creek—the Metropolitan Sewer District of Greater Cincinnati knew something had to be done. The legacy sewer system was discharging more than 66 million gallons of polluted water into Duck Creek each year, but repair costs were projected to be nearly $18 million. Using a trenchless approach, however, the project team was able to intercept drainage with a large storm sewer constructed using trenchless technology. The project was complete under deadline and under budget (nearly $10 million under!), and Duck Creek was spared another 46 million gallons of sewer overflow.

And that brings us to ... Sacramento, California

Home of Express Sewer & Drain! If you’re in the area and are experiencing frequent sewer line blockages, clogged drains, or soggy and smelly areas on your property, you may need sewer line repair. We employ trenchless technologies to ensure repair is quick and minimally invasive, and that repairs are performed with a material that will hold up for years to come. Contact us today if you have an immediate plumbing problem or to make an appointment for an assessment of your home, business, or municipalities plumbing system.

How Affordable is Trenchless Pipe Repair vs Traditional Repair?