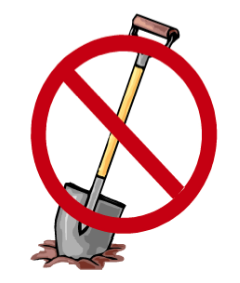 Long gone are the days when it was necessary to dig large holes to address problems withunderground pipes. Today, various trenchless technology methods are used to solve piping issues, without putting a shovel in the dirt. There really are an abundance of reasons to choose trenchless technology over conventional procedures - the work stands the test of time, it's safe, cost-effective, and environmentally-friendly, to boot.

Often, many people are under the impression that plumbing is a fairly stagnant, timeless area of construction - that a pipe is a pipe, and that more or less, the procedures employed to fix them, are the same now, as they were decades ago. Time to dispel this myth.

We'd like to give you a quick run-down of the state of plumbing technology in the 21st century.

The pipe lining method is basically when a new pipe is created inside a faulty pipe. Before this can happen though, the problem is first identified using a camera - it's either run through the sewer main lines or the kitchen/laundry lateral lines. Next, the pipe must be returned to its original diameter; so the pipe is descaled of calcite and other debris, using a hydrojet. 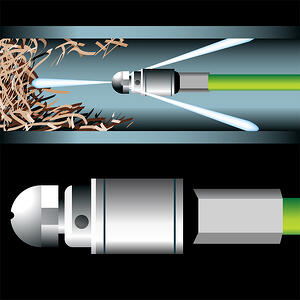 Once the pipe is completely cleaned out, the liner is installed. First, the liner needs to be cut to fit the length of the old pipe -  a custom two part epoxy is then mixed and poured in to permeate the felt liner. The saturated liner is pulled into place, the "bladder" is inflated and the curing begins. After the lining is cured, the bladder is taken out, leaving a completely new pipe within the old one.

The goal of pipe bursting is basically the same as in pipe lining - you're putting a new pipe inside an old one. However, as the name of the procedure entails, you're bursting open the faulty pipe, and pushing / pulling the new pipe through.

Pipe bursting was initially developed in Europe to replace cast-iron gas distribution pipes, and it has been used in the US since 1986, rehabilitating up to a million linear feet of piping per year.

Grass isn't the only thing that gets spared whenever trenchless technology methods are employed - streets do, too. Basically how it works is that a tiny hole is dug where the pipe begins, and another hole is dug where the pipe ends. Next, small portions of the pipe are cut out from each hole, and a steel cable is fed between the holes. The old pipe is then broken, pushed out of the way with the cable, and the new pipe is fed through.

Sometimes a pipe doesn't need to be lined entirely, in which case, you'd go with a section point repair procedure. This type of method is usually best when the pipe is experiencing some structural defects, like localized settling, excessive loading conditions an offset joint, corrosion, or sub-par construction from the outset.

Trenchless Technology Professionals Are Waiting To Serve You

As you can see, pipe repair has come quite a long way since the days of digging trenches. Repairing piping systems is more convenient than its ever been, both for you, as well as for the contractors doing the job. With all of the perks that new trenchless procedures offer, it's a wonder why anyone would bother doing things the old-fashioned way.

If you know that your piping needs replaced, or perhaps you just think that it does, we highly suggest contacting your local trenchless technology professionals, today. Are the health hazards and structural damage that come from faulty pipes, really worth it?

How to Estimate the Cost of Pipe Bursting in Sacramento