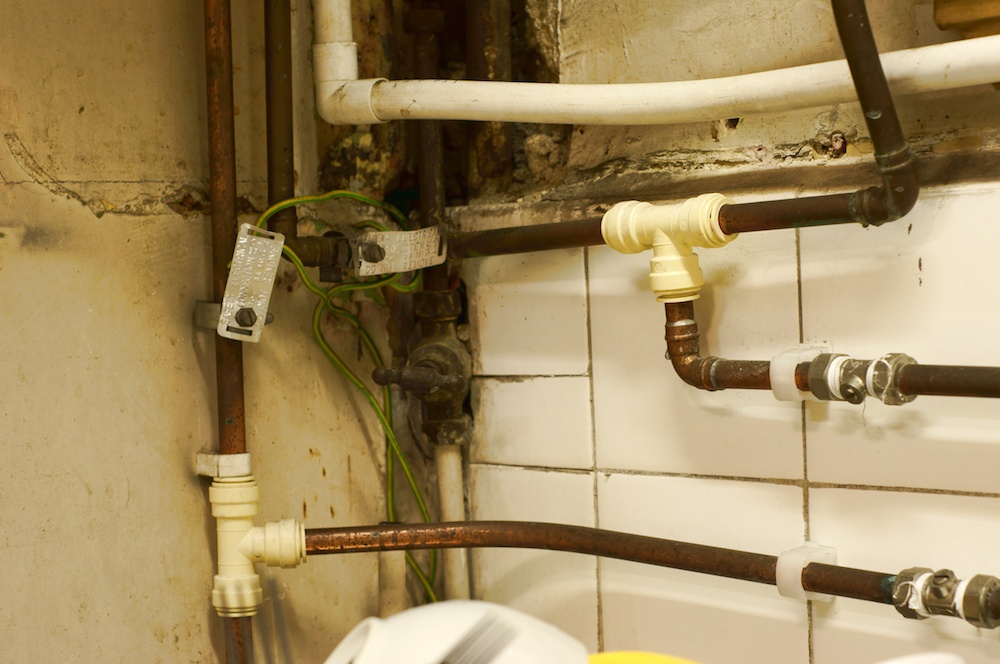 Older houses are often cherished for their charm and character. Many that remain standing were built to unique specifications and constructed with materials that are prohibitively expensive in modern construction. For many young people looking to buy their first home, an old house that needs a little extra care is often an attractive option.

However, these houses often conceal a number of problems behind their fancy crown molding and plaster walls. While some of these issues are relatively minor inconveniences, others are ticking time bombs that could cause significant damage. Potential homeowners would be wise to keep in mind a few specific plumbing features that are unfortunately quite common in homes more than a few decades old.

Any home built before the 1990s could potentially feature pipes made from materials that are no longer approved by US building codes. If the home has been renovated within the last few decades, some or all of these pipes were probably replaced, but it’s always recommended to have the home’s plumbing inspected to ensure there are no unexpected surprises the first time a drain clogs.

Pipes installed underneath homes, either buried in the ground or encased in the concrete slab, are affected by the gradual movement and shifting of the house over time. If the pipes shift downwards, they can create a negative slope, or “belly,” that restricts the flow of water and creates pools that accumulate waste or sediment. Left unattended, pipe bellies can cause stoppages or leaks over time.

Buried and out of sight, no one thinks much about their sewer line until it fails, seeping sewage into the ground or backing foul smelling wastewater up into the home. Sewer lines see heavy use and those in older homes were often built before modern appliances (garbage disposals, dishwashers, etc) and toilets forced more water through them, making them more susceptible to failure, especially if there’s been extensive remodeling. Older homes are also more likely to have issues with sewer lines shifting or being damaged by tree roots.

Nothing lasts forever. Older homes often have faucets, fixtures, and supply line connections that are nearing the end of their lifespan. Corrosion and general wear and tear can lead to restricted water flow, broken knobs, and leaks that make simply using water in the house an inconvenience at best and an expensive disaster at worse. While many people try to simply “get by” with failing plumbing, things have a way of breaking at the worst possible time. No one wants to return from vacation to find that the rusty water line valve under the sink finally failed, causing hundreds or thousands of dollars in water damage.

By their very nature, older homes have had plenty of opportunity to develop plumbing problems. It’s not a question of “if” the home has had plumbing repairs, but rather “who” did the repairs. Many old homes feature DIY repairs made by either the homeowner or a handyman rather than a professional plumber. These problems can range from the mundane, such as unsecured pipes or backwards sink traps, to more serious and expensive mistakes, like unsafe water heaters or improperly sloped showers. While some of these repairs are more amusing than anything else, others have the potential to be quite dangerous and should be repaired immediately.

While old homes have their own unique charm, they also present a number of unique problems. Anyone moving into a home built more than thirty years ago should be sure to have a thorough inspection completed by a licensed plumbing contractor who can identify any concerns. A few proactive steps today can head off potentially serious (and expensive) problems in the future.

8 Telltale Signs You Could Have a Broken Sewer Line